I've never quite felt comfortable with the patterns for data flow in Angular apps, especially around asynchronous data.

There has been a lot of hype around React and the data flow architecture pattern that has emerged arround it called Flux, and while I'm not quite ready to jump in to React for most of my day-to-day work due to its relative immaturity compared to Angular (forms, validations, animations, aria and lack of other libraries would slow me down in React), I became curious about how I might be able to adapt Flux to the Angular context.

I'd highly recommend reading the Flux documentation and watching the egghead.io series on the React - Flux architecture - most of this post won't make sense without that background information.

So, back to Angular. Thankfully, others had the idea of using Flux with angular before I did, and they wrote about it. I still wasn't quite satisfied, though - my first incliation was make API calls to fetch and update data directly from the store, which I quickly found to be very awkward.

And I also want to make sure I keep this updated with changes, so:

Lastly, Store.getRecord is simply this:

Easy enough, although it certainly looks a bit complicated for just fetching some data.

But let's say we were to add on some more robust functionality: handling timeouts, errors, rejected auth tokens. Suddenly we're loading the store with all sorts of API related concerns. Wouldn't it be easier if the store only dealt with synchronous operations?

Inspired by this insightful blogpost called "Async requests with React.js and Flux, revisited." I tried out at an approach that does just that: isolates asynchronous code to API modules, and has stores only contain synchronous code, described in the following diagram. 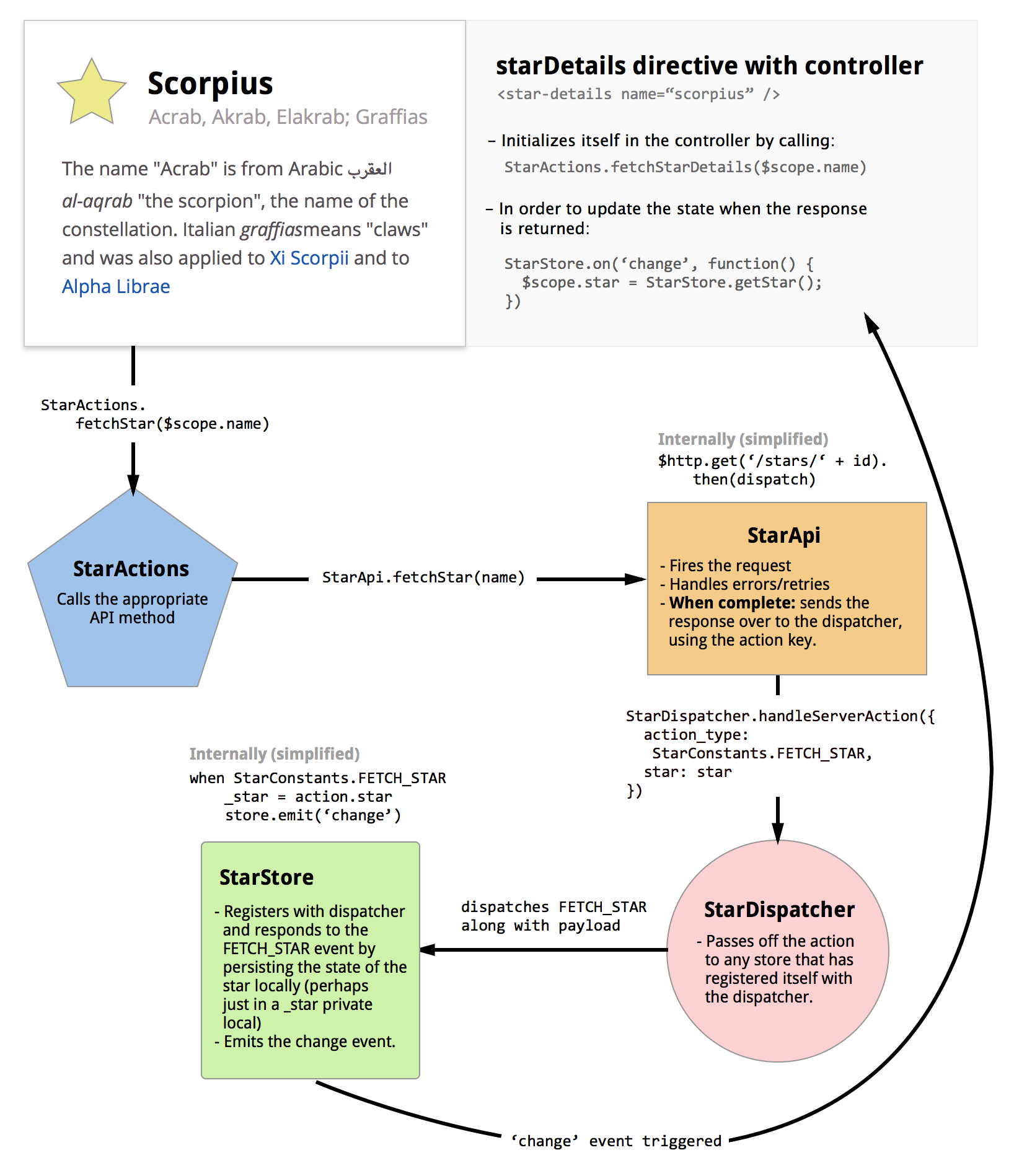 I still haven't decided whether this is an approach I will continue to use, but in the limited experience I've had with it, I find that it makes the state of the application easier to reason about. You can try doing this yourself with a little library I'm casually working on (as in YMMV if you choose to use this in production) called angular-flux - it just packages up dispatcher.js and provides some utility functions for reducing some of the boilerplate associated with setting up stores, actions and bindings.